Building Equity In The Translation Workflow With Blockchain

This is a guest post by Bob Kuhns on the subject of blockchain use in the translation industry. He presents a very "simple" model where he shows how a blockchain could enable an ongoing,  robust, and trusted Buyer to Translator business connection that could quite possibly reduce the role of LSP middlemen whose primary value-add in business translation work today is project management services and coordination. Though this is a valuable service, it often significantly increases the cost of translation, and also sometimes creates discord, disgruntlement, and enmity amongst the freelance translation-service suppliers who ultimately do the work.

A blockchain solution is not just about technology, it’s about solving business problems that have been insolvable before due to the inability of the ecosystem to share information in a transparent, immutable, and trusted manner.

LSPs continue to struggle in their communications on translation quality and the value of ongoing project services and thus it theoretically seems that a blockchain that did in fact deliver direct-to-buyer translation services that are trusted, reliable and predictable would indeed be a great step forward for the business translation industry. This is also exactly the primary reason why some in the LSP sector would not want blockchain to succeed. However, there is also a role for a more enlightened LSP in a functioning translation blockchain, one committed to transparency, equitable sharing of business value and benefits, and ultimate customer success in all their globalization initiatives.

Blockchains show potential to address key concerns of our digitally-driven lives, such as a lack of transparency, accountability, verifiable identity, and control of data. Blockchain has the potential to enable defined quality to be delivered at a defined price in a defined timeframe with minimal administration overhead. The extent that it is able to do this in a clean and trusted way will likely drive its adoption. Blockchains are poised to catalyze new business models by cutting the costs of verifying the truth.

Explanations of blockchains tend to get complicated quickly. However, in very basic language, blockchains help us certify that something is true, without someone in the middle doing checks and balances.  But recent translation market activity perhaps points to some of the vital building blocks to making blockchain more real in the translation industry.

What might some of the elements to make a functional blockchain in the translation industry possible be?

For those who think blockchain is still a distant dream, there is evidence that it is making meaningful headway in improving efficiency, accuracy, and transparency in some areas that have historically been project-management nightmares. The members of Tradelens, a blockchain joint venture between IBM and the shipper Maersk, control more than 60% of the world’s containership capacity. Seriously, do we really believe that a translation task has more variance and unplanned changes than these goods and trade flows? Watch the short movie clip at the link above to see it at work. Having trusted food quality from all over the world is perhaps an even more challenging scenario. Food Trust is a blockchain ecosystem that covers more than 100 organizations, including Carrefour and the top four grocery retailers in the U.S.

It is quite likely that the old guard (executives, managers, and localization teams) will not be at the forefront of translation blockchain if it ever does become a reality. Mostly because they are "just too old, too tired, and too blind " as the movie says. Change is most often driven by the young who see the new potential and have the motivation in solving old enduring problems.

"Disruption could also be spurred by an even younger generation. New York Times writer David Brooks traveled to college campuses to understand how students see the world. In a story, he wrote after the experience, starkly titled “A Generation Emerging from the Wreckage,” Brooks describes a cohort with diminished expectations. Their lived experience includes the Iraq war, the financial crisis, police brutality, political fragmentation, and the advent of fake news as a social force. In short, an entire series of important moments in which “big institutions failed to provide basic security, competence, and accountability.” To this cohort, in particular, blockchains’ promise of decentralization, with its built-in ability to ensure trust, is tantalizing. To circumvent and disintermediate institutions that have failed them is a ray of hope—as is establishing trust, accountability, and veracity through technology, or even the potential to forge new connections across fragmented societies.

This latent demand is well aligned with the promise of blockchains. While it’s a long road to maturity, these social forces provide a receptive environment, primed and ready for the moment entrepreneurs strike the right formula. " 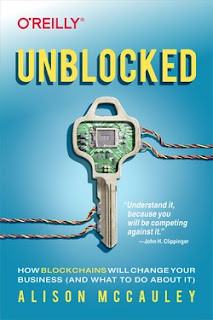 News recently has shed light on unfair work arrangements for freelancers or “gig workers” with Uber being a prominent example, and now more industries have begun to examine their relationships with freelancers. Though on a modest scale, this self-examination has come to the translation industry as well. The proposed translation model is grounded on the idea that blockchain can bring equity to translators while streamlining the translation workflow.

The Realization For Change

Even before the pandemic, the translation industry was changing and self-reflecting. NMT took center stage and the less-than-equitable working relationships for translators gained notice [1]. In “The State of the Linguist Supply Chain,” Common Sense Advisory examined the translation supply chain from the perspective of over 7,000 linguists, 75% of whom are freelancers representing 178 countries and 155 language pairs [2]. This data-rich survey identified many discrepancies between translators/linguists and their clients - the Buyers of translations and LSPs.

Some of the largest challenges facing translators are finding clients (55%), negotiating prices (50%), dealing with tight deadlines (35%). Just before the pandemic, linguists felt the market changing to lower prices (64%) and faster turnaround times (56%).

Though not included here, linguists’ comments found in the report provide a more human context of their jobs than the raw percentages.

The Standard Model and Its Beneficiaries

Who Benefits From the Standard Model

The primary beneficiaries of the Standard Model are Buyers which can have their content translated without investing heavily in a localization team and the LSPs. While LSPs do provide a much-needed project management function, they are in control of the purse strings and, like other businesses, they exist to maximize their share of the purse.

Weaknesses of the Standard Model

Project management overhead is a glaring inefficiency. Despite the use of TMSs, there is simply too much human administration and intervention throughout a project.

Translation delays can result from time differences between LSPs and their geographically-dispersed pool of translators especially when issues can not be resolved promptly.

Security is a major problem for the Standard Model. LSPs do not know who is actually doing the translating. Online MT engines have been used to translate texts risking exposure of propriety material. [3]

The inequity of the Standard Model, where the Buyer wants to minimize translation costs and the LSPs want to maximize their profits, leaves [especially freelance] translators at the bottom of the food chain.

Blockchain, smart contracts and oracles are the key pieces of the proposed workflow. A blockchain is a decentralized ledger of immutable, encrypted records (blocks) securely denoting asset transfers such as source/target files. Since each block on a blockchain contains the identifiers of a provider and recipient of an asset, the provenance of an asset is traceable.

A smart contract is a computer protocol that is intended to enforce the execution of a contract without a third party. Smart contracts could facilitate direct source-target file transfers between Buyers and translators and quicker payment for translators when projects are completed. These transactions are trackable and irreversible.

For a wide set of applications, a blockchain, actually, a smart contract, might require real-world information. Fulfilling that need, a blockchain oracle is an entity providing network-external data through an external transaction. Linguists and MT engines are examples of oracles receiving data (source files) and sending data (target files) to a translation blockchain workflow.

A skip through the workflow

While the SkipThrough of the blockchain translation schematic (Figure 1.) glosses over many details of the translation process, it points to where the human workflow administration performed by LSPs is completed by smart contracts with a blockchain recording the handoffs of files and payments.

Who Benefits from the Blockchain Model?

The Buyers and Linguists are the primary beneficiaries. That is not to say that there is no role for LSPs in the translation industry. Until there is widespread adoption of a blockchain or some other nearly fully-automated model of translation, LSPs will co-exist with automation. Also, Buyers may turn to LSPs for projects when they lack the availability of PMs.

The streamlining of the translation workflow with blockchain replacing much of the managerial overhead will reduce costs. The savings could be used for other localization projects and ideally for fairly compensating the translators.

Because every file transfer or handoff is recorded on the blockchain, the Buyer is fully aware of the state of the project at any time. They now have access to real-time project management.

The Buyer’s material is secure. Inherent features of blockchains in recording asset transfers are transparency, traceability, and security. With the appropriate service agreements with any of the oracles involved, security weak points can be tightened.

Increased automation leads to faster translations. Since files are transferred and tracked upon execution of smart contracts, time differences are eliminated and translations can be produced 365/24/7.

In the proposed workflow, the work of translators can be tracked. Those producing quality translations would gain recognition and could be compensated in a fair, transparent, and consistent way. There is another side effect of traceability as well. Consistent errors either by humans or an MT engine could be identified and corrections made to improve quality on future projects.

Without the intermediate LSPs, linguists will be working and communicating directly with the Buyer. Yes, the workflow will be automated, but there would be no obstacles to human communication between the Buyer and the translators.

Elimination of time-difference delays and the human management level could allow for more time for actual translation and should lessen the time pressure felt by translators today.

Obstacles to the Blockchain Workflow

While there is much to be gained from the blockchain workflow, there are three broad hurdles for its success. One is technical and the others are due to industry resistance.

Change is not easy!

Blockchain can provide the backbone for a supply chain that brings equity, improved work arrangements, and recognition to translators. At the same time, blockchain with smart contracts streamlines the workflow by automating much of the current managerial tasks. Granted, the blockchain model is a heavy lift and faces opposition from stakeholders that control much of the workflow today. In any case, whether technical, legal, or social pressures bring about change to the supply chain, solutions for a more equitable translation environment are being discussed and concrete solutions are being proposed. Change seems inevitable. 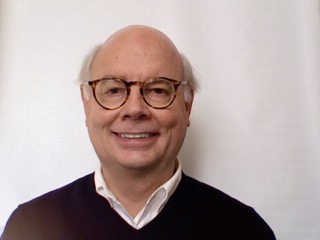 Bob Kuhns is an independent consultant specializing in language technologies. His clients have included the Knowledge Technology Group in the Sun Microsystems Labs and Sun’s Globalization group. In the Labs, Bob was part of a team developing a conceptual indexing system and for the Globalization group, he was the project manager and lead translation technology designer for a controlled language checker, a terminology management system, and a hybrid MT system. He was also responsible for developing translation metrics and leading a competitive MT evaluation. Bob has also conducted research and published reports with Common Sense Advisory, TAUS, and MediaLocate on a variety of topics including managed authoring, advanced leveraging, MT, blockchain, and L10n workflows, and global social media.